Amman, 17 December 2012 – The Munathara Initiative will be debating its latest topic “Arab Unity” in Amman on December 19, 2012 at Princess Sumaya University of Technology (PSUT). Jordan was chosen to hold this debate for its rich youth environment that provides a suitable atmosphere that perfectly fits with Munathara’s aim of creating a democratic debating platform for Arab youth.

The Munathara Initiative was founded in 2011 and is based in Tunisia, to address the need for an independent, innovative, fair and representative debating forum in which anyone can take part and voice their opinions, regardless of social status, gender, education, or even location.

Reflecting the passion toward Arab youth empowerment and their ability in creating a brighter future in the region, the open debate forum has held several online competitions targeted towards Arab youth. Through “Musabaqat Munathara”, youth are encouraged to voice their opinions in 99-second videos on current debate subjects. Public votes will determine which videos move up in the ranking through different phases. Two competition winners will participate in the live panel event, where they can debate on an equal footing with two star guests.

This is accomplished by organizing training and development workshops on debating and communication skills that are given to winning contestants, as well as to Arab youth across the region through outreach workshops.

“Debating should no longer be a privilege. It is everyone’s right to be heard and engage in constructive debate to find solutions to some of our most pressing challenges“, said Belabbes Benkredda, founder of The Munathara Initiative.

Munathara’s seventh debate cycle (#DD7), on the overall topic of “Arab unity” that is taking place in Amman this week, has attracted more than 100 youth participants from Jordan, Palestine, Tunisia, Egypt, Algeria, Morocco, Libya, Iraq and Lebanon. Public voting for phase two ended on 14 December, where opinion leaders were chosen to participate in the live debate on 19 December, alongside prominent opinion leaders in the Arab world including Abdel Bari Atwan, chief editor of Al-Quds al Arabia newspaper.

This debate cycle, #DD7, is being held in cooperation with Diwaniya and Leaders of Tomorrow and supported by the Federal Foreign Office of Germany. The panel event will be broadcast by Munathara’s media partner, Roya TV, on 28 December 2012 at 8:30pm.

Anyone interested in this initiative can join the online community on www.facebook.com/Munathara and www.munathara.com and register to attend the live.

Marc Mcilhone is ArabBrains' Editor - sourcing news and features content and overseeing the work of the site’s contributors. Marc’s work is informed by his technical background in architecture having worked for some of the UK’s leading practices on projects within the education, healthcare and housing sectors. Marc has a particular interest in how innovators are creating sustainable solutions that have a positive impact on people’s everyday lives. Please email press releases and news to: editor@arabbrains.com
Previous Umniah participates in the ‘Scientific Day’ of the Information Technology School at the University of Jordan
Next Vice Foreign Minister Zhai Jun Holds Talks with Algerian Minister Delegate Abdelkader Messahel 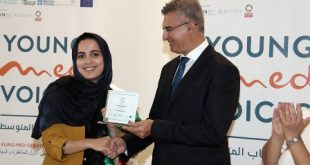 60 young debaters from the Middle East, North Africa, Europe and the Balkans met in Malta to debate a sustainable 2030 future 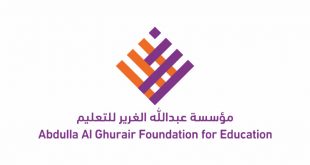 Preparing youth in the UAE for the Future of Work 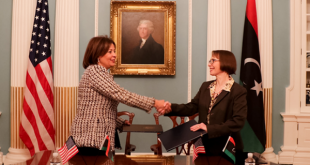 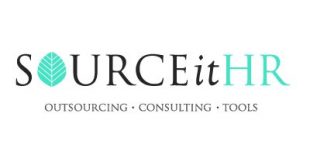 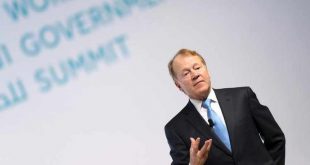