Eng. Lootah has stressed the keenness of the civic body to support and promote the Arabic language as it is considered one of the foundations of national identity approved by the municipality the ancient public organisation in the emirate of Dubai.

He pointed out that this website is designed to promote and reflect the efforts of the Arabic language team of municipality connecting with the team and its activities.

The team aims to reinforce the use the best Arabic language without mistakes, organize constant awareness programmes, arabaization of foreign language terms, raise language efficiency level of employees and open channels of knowledge and knowhow exchange.

The team presented, during the occasion, an exhibition of Arabic calligraphy and Islamic art, which was inaugurated by. Eng. Lootah in the presence of top officials and team members.

The team also takes care of an internal magazine called “Language of Dhad”, training courses in Arabic calligraphy and Islamic arts, Arabic grammar and writing for government employees in addition to the organisation of calligraphy exhibitions, answering queries through telephone and emails, providing language classes online, monitoring mistakes in advertisements, correspondence and speeches.

Arabic language lovers including public are requested to visit the website : www.DHAD.ae 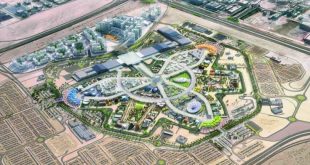 Microsoft gears up for Ignite The Tour event in Dubai 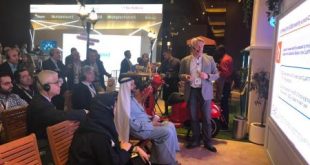 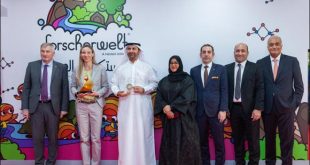