In line with the UAE’s initiative to make 2015 the ‘Year of Innovation’:
Dubai – Organisers of the 3rd Dubai Government Achievement Exhibition (DGAE) 2015 are focusing on innovation and excellence in government work in line with the UAE Government’s strategy that 2015 will be the year of innovation under the directive of His Highness Sheikh Khalifa Bin Zayed Al Nahyan, President of the UAE.

This year’s exhibition is themed on “Local Government and Global Achievements” under the patronage of HH Sheikh Mohammed bin Rashid Al Maktoum, Vice President and Prime Minister of the UAE, and Ruler of Dubai, from March 30 to April 1, at the Dubai International Convention and Exhibition Centre.

Over 3 days, the exhibition will tackle topics like innovation and constructive competitiveness between governments in tune with current societal and technological changes and major developments in governmental work in the region. It will also discuss excellence in government services and key services provided by the federal and local government entities; in addition to reviewing achievements of some regional government bodies, as this year the event has been thrown open to regional participants.

Abdullah Al Shibani, Secretary-General of the Dubai Executive Council , and Chairman of Dubai Government Excellence Programme (DGEP) said: “The exhibition’s focus on innovation is in line with the vision of HH Sheikh Mohammed bin Rashid Al Maktoum, who said that ‘Innovation is a daily necessity in the government work’.”
Al Shibani said that achieving excellence comes by promoting innovation and encouraging nationals to adopt it across all fields.

The Dubai Government Excellence Program (DGEP), the Secretariat General of the Dubai Executive Council , which organises the exhibition has confirmed the participation of more than 35 exhibitors in the third edition. Delegations from around the world are expected to visit the exhibition and review achievements of the UAE Government and Dubai in particular.

Dr. Ahmed Al Nuseirat, Coordinator General, Dubai Government Excellence Program, applauded the focus of this years’ DGAE, saying it would give a boost to the new phase in government work, as far as smart government and innovation are concerned. He added: “The goals of DGAE are quite different from those of traditional trade fairs, and this year’s focus is the best proof of that. The theme of innovation raises government performance above the conventional pattern and makes it more creative and productive.”

“This edition of DGAE will be the biggest as it gathers participants from federal departments of the UAE and other entities from around the region,” said Dr. Al Nuseirat.

Hazza Khalfan Al Nuaimi, Senior Manager of Excellence Initiatives at DGEP said: “This exhibition supports the vision of the Government of Dubai to raise its competitiveness to a global level and strengthen its ranking among the most developed cities in the world.”

DGAE provides an opportunity for decision-makers in government agencies and departments to seek out opportunities for cooperation and coordination, according to Al Nuaimi.

Marc Mcilhone is ArabBrains' Editor - sourcing news and features content and overseeing the work of the site’s contributors. Marc’s work is informed by his technical background in architecture having worked for some of the UK’s leading practices on projects within the education, healthcare and housing sectors. Marc has a particular interest in how innovators are creating sustainable solutions that have a positive impact on people’s everyday lives. Please email press releases and news to: editor@arabbrains.com
Previous Texas A&M at Qatar and Maersk Oil Qatar Host STEM Program Exclusively for Young Qataris in Education City
Next Gulf Capital partners with Emirates Foundation to support youth and education in the UAE 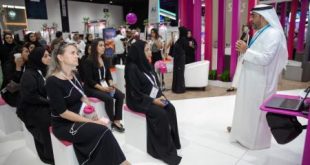 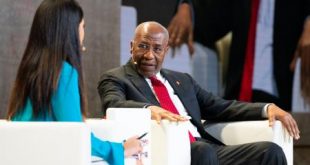 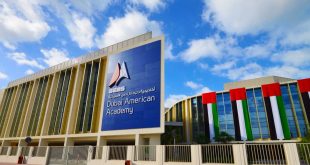 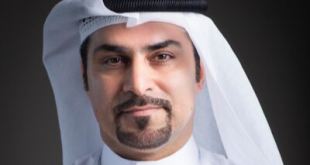 Dubai: A global hub for entrepreneurship and innovation

The International Islamic Trade Finance Corporation (ITFC) and OCP Africa unite for the strategic financing, innovation, and capacity building of agriculture in Africa

Canon showcases ‘Education for Life Plus’ ecosystem at MENA Innovation 2019