Dr. Barnhart thanked Dr. Abu-Ghazaleh for the invitation, and noted that the partnership between the US and Jordan has existed for more than six decades, and that the USAID programs provided by the US have been in Jordan since 1957.

He stated that Jordan is the second largest country, after Afghanistan, that benefits from assistance provided by the USAID. He added that there are programs that cover green energy, Information and Communications Technology, tourism, financial reforms, and most notably education, which includes creativity, higher education, and teacher training. He also noted that the USAID focuses on the areas of the south and Maan in particular.

Dr. Barnhart added that Jordan is currently facing a new crisis, the presence of the Syrian refugees that exhausted Jordan’s various sectors and resources which made it necessary to implement new developing programs, such as the contribution in increasing the number of classrooms in order to accommodate refugee students.

He also reviewed various programs provided by the USAID which include family health, encouraging women to participate in the labor market, providing training on leadership to reach top positions for women in public sector, education through practice, developing the capacity of teachers, and cooperating with the Vocational Training Corporation to train workforce.

He stated that the USAID previously made mistakes by focusing on supply rather than demand with respect to developing youth capacity, but now it has changed its working pattern, and is currently seeking to work with a number of Chambers of Commerce in the Kingdom in order to link job seekers with available opportunities.

He added that tourism is one of the main sectors that contributes in the gross national income, therefore USAID, is cooperating with marketing companies to work on developing tourism and promoting touristic sites, beside working on SMEs issues, and linking companies with potential markets.

With respect to Maan, Dr. Barnhart stated that the USAID is focusing on training, and cooperating with vocational training centers in the fields of solar energy and loan financing for small enterprises.

He noted that the work of the USAID has a significant impact on Jordan, and has made some reforms pointing out the impact of the economic crisis of 2008 on Jordan, and the refugees’ crisis that followed. He made it clear that the USAID’s main goal is to work in the field of development.

During the session, participants called for focusing on programs that help Jordan achieve sustainable economic sufficiency.

Marc Mcilhone is ArabBrains' Editor - sourcing news and features content and overseeing the work of the site’s contributors. Marc’s work is informed by his technical background in architecture having worked for some of the UK’s leading practices on projects within the education, healthcare and housing sectors. Marc has a particular interest in how innovators are creating sustainable solutions that have a positive impact on people’s everyday lives. Please email press releases and news to: editor@arabbrains.com
Previous Dr. Hessa Al Jaber Joins LinkedIn as Influencer
Next Middle Eastern business leaders highlight business opportunities in the region 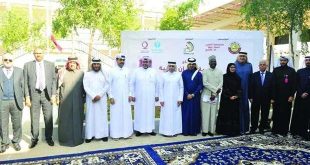 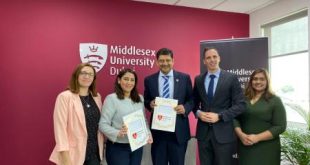 Acer for Education renews the Innovative School Program for 2020 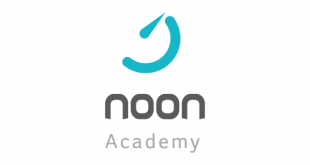