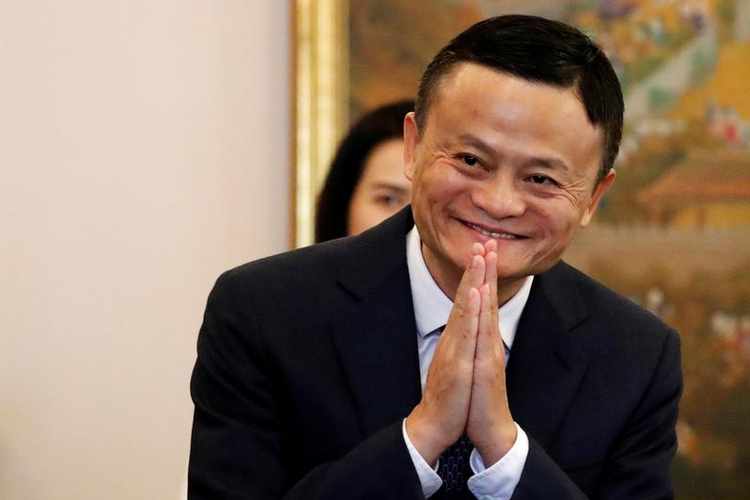 It was not immediately clear whether the company will appoint a new chairman.

Alibaba Group Holding Ltd’s co-founder and executive chairman Jack Ma will retire from the e-commerce company on Monday, as the former English teacher seeks to focus on philanthropy in education, the New York Times reported.

Ma, one of China’s best known corporate leaders, will remain on the company’s board of directors and continue to mentor its management, the New York Times said on Friday.

It was not immediately clear whether the company will appoint a new chairman.

Ma, who founded Alibaba in 1999, stepped down as chief executive in 2013. He currently serves as the company’s international face at top political and bushiness’s events.

Alibaba did not respond to requests for comment, but said in a social media posting on Saturday that Ma had met visiting African leaders and business partners in recent days.

Ma, China’s third richest person with a net worth of $36.6 billion according to Forbes magazine, was quoted by the New York Times as saying his retirement was not the end of an era, but the beginning of one.

While Ma’s retirement from a formal role is a milestone, analysts and industry professionals say it is unlikely Ma’s involvement will change significantly.

“I don’t think it means that much, frankly. He stepped back from the CEO role about four or five years ago and very specifically made a comment about wanting the younger people to lead the company,” said Kevin Carter, founder of The Emerging Markets Internet exchange-trade fund.

“I’m sure he’ll be just as involved as he has been in his chairman role, even if he doesn’t have the formal title,” said Carter.

Ma, who turns 54 on Monday, oversees a number of charitable projects in education and environmental fields. He is a cult figure in China’s internet industry and has attracted a big following among entrepreneurs and in pop culture.

At events, he is often met with screaming fans.

Alibaba was founded by 18 people led by Ma. China’s biggest e-commerce firm, it now has more than 66,000 full-time employees, according to the company’s latest annual filing.

The company had a market value of about $420 billion as of Friday’s close. Ma also controls Ant Financial, which was valued at about $150 billion after a recent fundraising round.

Ma is stepping back at a tricky time for Chinese tech firms.

Authorities have increasingly sought to regulate the industry where Alibaba and Tencent Holdings Ltd are fighting a fierce battle for consumers.

Trade tensions also present a new challenge for Chinese tech firms, especially those like Alibaba which are expanding overseas rapidly.

This year, regulators shot down a $1.2 billion bid for money transfer service Moneygram International Inc by Ant Financial on national security grounds, which the company said was related to “geopolitical” changes.

Ma’s decision also comes as a U.S. police investigation into an allegation of rape against Richard Liu, had of top rival JD.com Inc, hammered its shares.

Liu was arrested and then released without charge in the U.S. city of Minneapolis last week. Through his lawyers, he has denied any wrongdoing.

Liu holds both chairman and chief executive roles at JD.com, and the incident spooked investors as there is no clear successor in the company.

Marc Mcilhone is ArabBrains' Editor - sourcing news and features content and overseeing the work of the site’s contributors. Marc’s work is informed by his technical background in architecture having worked for some of the UK’s leading practices on projects within the education, healthcare and housing sectors. Marc has a particular interest in how innovators are creating sustainable solutions that have a positive impact on people’s everyday lives. Please email press releases and news to: editor@arabbrains.com
Previous Qatar growth: Non-oil business conditions have softened since July, but new business, job creation at record high
Next League of Arab States and International Islamic Trade Finance Corporation announce cooperation towards intra-Arab trade