The signing followed a recent visit to the ECA and Ethiopia by the Foreign Minister of Armenia, Zohrab Mnatsakanyan

The United Nations Economic Commission for Africa (ECA) and Armenia recently signed a memorandum that seeks to unite efforts of the ECA and the Enterprise Incubator Foundation (EIF) in advancing the smart development concept to help Africa in implementing Agenda 2030 for Sustainable Development and Africa’s Agenda 2063.
Acting Director of the Publication, Conference, Knowledge Management, and ICT Division (PCKMD) Almoustapha Amadou Cisse, signed on behalf of the ECA while Director Bagrat Yengibaryan signed for EIF.

The signing took place during Armenia’s Engineering Week that brought together over 500 participants from State, scientific and research, educational organizations, start-ups, and developed engineering companies from around the world.

Addis Ababa University and Enterprise Incubator Foundation signed a memorandum, followed by consistent discussions that resulted in a cooperation action plan
The signing followed a recent visit to the ECA and Ethiopia by the Foreign Minister of Armenia, Zohrab Mnatsakanyan.

The Foreign Minister discussed with the ECA areas of interest for potential cooperation, including digital ID, digital trade and digital economy; enhancing ECA’s capacity for data collection; promotion of in-house innovation, as well as external support for Africa’s development agenda; policy-research work and activities with universities in the field of biometric engineering; supporting development of e-government payment processes and intellectual e-property rights.

“Addis Ababa University and Enterprise Incubator Foundation signed a memorandum, followed by consistent discussions that resulted in a cooperation action plan. The outlined efforts are aimed at joint implementation of the national engineering lab program, which is successful in Armenia, formation of an ecosystem of engineering start-ups, and joint research,” said Mr. Cisse.

He said the Armenia Engineering Week was a great occasion to sign the memorandum and make action plans.

Armenia, a former Soviet republic located in the mountainous Caucasus region between Asia and Europe, is a hub for software development, industrial computing, electronics, and production of semiconductors. Its information and communication technology sector plays a significant role in the country’s economy due to a competitive labour force, its share of GDP, constant growth in the number of companies, and total turnover.

In the absence of natural resources, the Government of Armenia focuses extensively on the concept of innovation and human resources development for its economic revolution agenda, creating the optimum conditions for people to capitalize on their generative capacity through research and development, Mr. Mnatsakanyan said.

Marc Mcilhone is ArabBrains' Editor - sourcing news and features content and overseeing the work of the site’s contributors. Marc’s work is informed by his technical background in architecture having worked for some of the UK’s leading practices on projects within the education, healthcare and housing sectors. Marc has a particular interest in how innovators are creating sustainable solutions that have a positive impact on people’s everyday lives. Please email press releases and news to: editor@arabbrains.com
Previous Green for Growth Fund (GGF) attracts EUR 4 million in new catalytic funding for climate action in Middle East North Africa (MENA) region
Next Smart Education & Learning: Worldwide Market Insights & Projections (2019-2025) 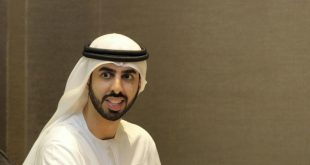 Orange, a key player engaged in the digital transformation in Africa and the Middle East, launches its first “Orange Digital Centre” in Tunisia 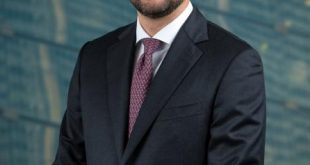