Renewables: The full potential of the UAE economy 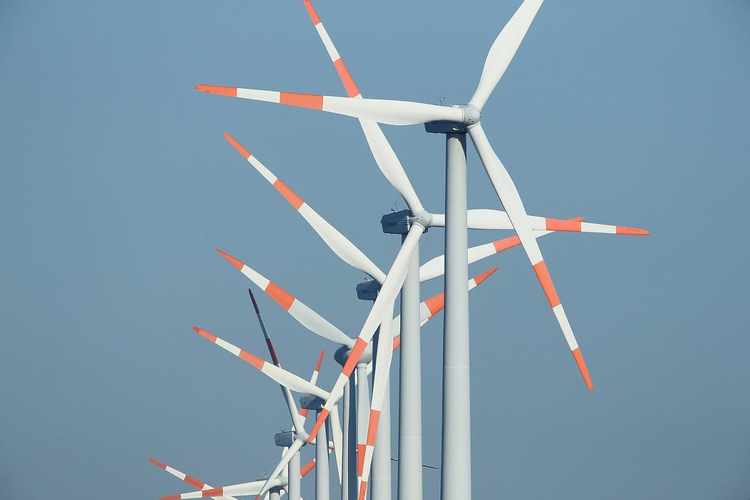 As the prices of crude oil and gas dropped in recent years, countries whose economies relied on non-renewable resources were alerted to the pressing need of diversifying their interests.

On the other end of the spectrum, steady population growth, rising energy demand, concerns of climate change and decreasing technology costs associated with renewable energy produced a shift in ideology making sustainable energy production a viable option for many.

The UAE has been at the forefront of the movement towards renewable energy in the region, according to Flammia, Local Partner at BonelliErede’s Dubai office, and member of the firm’s energy and infrastructure focus team, setting a target of 44 per cent clean energy generation by 2050, as per the nation’s Energy Strategy 2050, with Dubai in particular aiming to generate 75 per cent of its energy from clean sources by that time.

Despite the seemingly distant target date, the UAE has wasted no time in putting its renewable energy plans into motion and has seen considerable progress since, ranking third worldwide in the production of concentrated solar power in 2013.

With strong daily sunlight exposure and large areas of flat terrain near its power grid infrastructure, the UAE enjoys a significant geographical advantage when it comes to implementing solar energy projects, as evidenced by the scope of such projects that have begun to take shape throughout the UAE.

Complex renewable energy projects are already being financed in the UAE through project financing structures. Project finance is a financing method, usually of infrastructure and industrial projects, that depends on the capacity of a project to generate cash flows sufficient to repay the financial debt and remunerate the capital invested by the sponsor.

Accordingly, in this type of financing, the creditworthiness of the sponsor plays a minor role in comparison to other available types of financing. The scope and increasing proliferation of renewable energy projects in the UAE have made such projects an attractive target for project financing, with solar energy in particular witnessing increased activity.

Using project financing to fund largescale renewable energy projects has numerous advantages, contributing to its rising popularity and increased use in the region. Since project finance typically uses long-term debt for the majority of the project’s cost, the corresponding equity requirements are reduced.

The lenders acquire security over the entirety of the project’s assets, therefore generally providing sufficient comfort for the transaction to be considered as fairly low risk, especially in light of the improved returns. Generally, the UAE has been open and welcoming to project financing, given the long-term transfer of technology and skills that such projects often generate.

Public private partnerships (PPPs) are also expected to play an increasingly larger role in renewable energy projects. A PPP is a co-operative agreement between a public sector institution and a private sector party whereby the latter assumes the initial substantial financial and operational costs of designing, financing, building and operating a specific project.

PPPs are an effective means of transferring private sector expertise and know-how to the public sector. To date, Dubai is the only emirate that has adopted a PPP law, Law No. 22 of 2015, which was instrumental in the development of the Mohammed bin Rashid Solar Park.

The AED 1.2 billion second phase of the project was implemented through a PPP with EPC (energy, procurement and construction) contractors ACWA Power and TSK.

While consumers might not immediately perceive the benefits of the large renewable energy projects already built or under construction, residents of Dubai may already take advantage of a unique initiative being implemented by DEWA, Dubai’s Electricity and Water Authority.

Named ‘Shams Dubai’, or ‘Sun of Dubai’, the initiative invites and encourages both households and businesses to instal solar panels on any available rooftop space. Once the panels are linked to DEWA’s net metering system, any excess electricity generated is then fed back into the grid and used to offset future utility bills of the user.

With significant applicability for cost saving, especially for businesses with large premises, Shams Dubai has the potential to provide a significant boost in incentivising the widespread installation of solar panels in Dubai, as well as attracting small to medium size investments in the field.

Roadmap for the future

Investments in renewable energy in the UAE may also be encouraged by the recent developments in the legislation regarding foreign ownership.

Currently, foreign investors wishing to incorporate a limited liability company in the UAE mainland are limited in their shareholding percentage to 49 per cent under UAE company law; UAE free zones are not subject to such ownership limitations, but are subject to different restrictions regarding the location where the companies incorporated in the relevant free zones can carry out their activities. On 30 October 2018, the UAE issued Federal Decree Law No. 19 of 2018, which signalled the its intention to lessen such restrictions and authorised the UAE Cabinet to specify which sectors would reap such benefits.

Although the latest edition of the UAE Official Gazette has not been published yet, renewable energy has been confirmed as one of the sectors specified to be eligible for up to 100 per cent foreign ownership, as per the outcome of the recent cabinet meeting as reported by the UAE’s official news agency.

The next few years are shaping up to be pivotal as the UAE approaches the next chapter of its development. The drive towards innovation and sustainability displayed by the Federal and Emiratelevel governments, coupled with the regulatory changes allowing greater foreign investment, means that the renewable energy sector is in store for even further projects.

With solar, and to a lesser extent wind, energy already established, other fields are expected to gain increasing prominence, such as waste to energy, water desalinisation and purification. With 2050 firmly in sight, the UAE is well on its way to solidifying its position as the renewable energy leader of the Middle East.

Marc Mcilhone is ArabBrains' Editor - sourcing news and features content and overseeing the work of the site’s contributors. Marc’s work is informed by his technical background in architecture having worked for some of the UK’s leading practices on projects within the education, healthcare and housing sectors. Marc has a particular interest in how innovators are creating sustainable solutions that have a positive impact on people’s everyday lives. Please email press releases and news to: editor@arabbrains.com
Previous LPFLEX unveils hi-tech Innovative Studio at Dubai Industrial City
Next UAE- GEMS Education students shine with excellent A-Level examination results