Parliamentary State Secretary Levente Magyar from the Ministry of Foreign Affairs and Trade held talks with several Egyptian ministers in Cairo with relation to Hungary-related business issues, including the deal concerning the shipping of railroad cars to the North African county

In a statement to Hungarian news agency MTI following the meeting on Thursday, the State Secretary said the parties had discussed two deals that are being supervised by the Hungarian state, one of which concerns the joint shipment of 1300 railroad cars to Egypt with Russia at a value of one billion euros. “The collateral for this deal is being provided by a Hungarian loan, and the negotiations on this have now come to a close, meaning the contract can soon be signed”, he stated. With relation to this deal, the State Secretary held talks with Minister of Investment Sahar Nasr, Minister of Transport Kamel Al-Vazir and Minister for the Privatization of Public Enterprises Hisham Tawfik.

The State Secretary held talks with Minister of Investment Sahar Nasr, Minister of Transport Kamel Al-Vazir and Minister for the Privatization of Public Enterprises Hisham Tawfik

The other business deal is the planned investment in Egypt by Hungarian light source manufacturer Tungsram, with relation to which Mr. Magyar said the Hungarian company plans to produce millions of luminaires in conjunction with the Egyptian HIO Group, which would primarily be used during the replacement of the Egyptian public lighting system, and for which the consortium could also be using a Hungarian state loan. “The two companies have concluded a memorandum of understanding on cooperation with the help of state mediation”, he added. With relation to this, the State Secretary said: “Tungsram is one of the flagships of Hungarian industry, and accordingly the state is supporting both its domestic and foreign efforts”. In addition, Mr. Magyar also opened a business forum in which 22 Hungarian and 70 Egyptian enterprises took part. The Hungarian participants primarily included businesses from the fields of defence, information technology, agriculture and business consulting.

Marc Mcilhone is ArabBrains' Editor - sourcing news and features content and overseeing the work of the site’s contributors. Marc’s work is informed by his technical background in architecture having worked for some of the UK’s leading practices on projects within the education, healthcare and housing sectors. Marc has a particular interest in how innovators are creating sustainable solutions that have a positive impact on people’s everyday lives. Please email press releases and news to: editor@arabbrains.com
Previous Green finance and global energy transition
Next UAE bids on nano-tech cloud seeding to create more rain 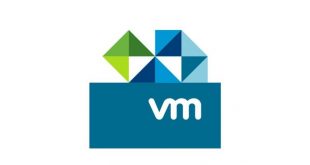 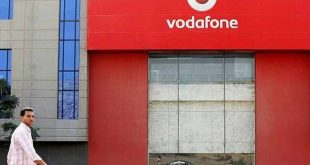