Oman, the UAE and Bahrain named rising stars of trade

Three Middle Eastern countries rank in the Standard Chartered Trade20 Index, which identifies the markets with the greatest potential for future trade growth

Oman and the UAE feature in the top 10 markets that have most rapidly improved their trade growth potential over the past decade, according to new research from Standard Chartered (SC.com).

The Trade20 Index, which identifies the 20 rising stars of global trade, also features Bahrain among the nations that have shown the most progression.

The Trade20 Index determined each market’s potential for trade growth over the past 10 years by analysing economic dynamism, trade readiness and export diversity (the pillars).

The study examines 66 markets across the world. It finds that while existing trade powers like China and India continue to rapidly improve their potential, Middle Eastern countries have made strong progress, driven by export diversity improvements, indicating the economies that are successfully moving away from over-reliance on oil.

The UAE’s position in the middle of Asia and Africa is helping to connect these important financial and trade corridors with the Middle East
The key findings of the Trade20 Index for Middle Eastern markets are:

Bahrain is a leader in terms of improving diversification, indicating that the country’s long-term efforts to move its economy away from a reliance on oil and develop its manufacturing, finance and services sectors

The UAE sits at the top of a list of several Middle Eastern markets that are showing impressive trade readiness momentum, propelled by infrastructure investment and an e-commerce market that is rapidly gathering pace. The UAE has shown swifter progress than any other Middle Eastern nation, due largely to the government’s energetic focus on infrastructure improvements

Oman is showing progress in terms of both economic diversity and trade readiness. It is implementing a diversification strategy that aims to focus on non-oil sectors such as manufacturing, logistics, tourism, fishing and mining, capitalising on its natural resources

While they didn’t make the top 20, other Middle East countries feature across the Trade20 index pillars, including Saudi Arabia, Jordan and Qatar. Even though some of these markets have made great improvements in trade, the fact that these changes have happened more recently mean that they have not appeared in the overall index.

Sarmad Lone, Regional Co-Head, Global Banking, African Middle East, Standard Chartered, said: “There are tremendous opportunities arising from the modernisation and diversification that we are seeing throughout the Middle East, all of which will help to improve the region’s bid to become a financial and investment hub. The UAE’s position in the middle of Asia and Africa is helping to connect these important financial and trade corridors with the Middle East. Substantial opportunities are on the horizon, including those arising from the closer relationship between the UAE and China through the Belt & Road initiative.”

Trade20 examines 12 metrics across 66 global markets — the major global economies plus the major economies in each region — to reveal the 20 economies that are most rapidly improving their potential for trade growth.

While most traditional trade indices are based on a market’s present performance, our index captures changes over time to reveal the markets that have seen the most improvement within the last decade. This enables us to identify the economies where recent positive developments may point to an acceleration in trade growth potential.

Economies that do not appear near the top of the ranking do not necessarily have poor trade growth potential – they may be starting from a high base, so have less room to grow.

Marc Mcilhone is ArabBrains' Editor - sourcing news and features content and overseeing the work of the site’s contributors. Marc’s work is informed by his technical background in architecture having worked for some of the UK’s leading practices on projects within the education, healthcare and housing sectors. Marc has a particular interest in how innovators are creating sustainable solutions that have a positive impact on people’s everyday lives. Please email press releases and news to: editor@arabbrains.com
Previous Joint Committee for Cooperation between Kingdom of Bahrain and Republic of Kenya established, Memorandum of Understanding for Political Consultation signed
Next Expo launches Expo University Visit Programme for UAE’s 140,000 students 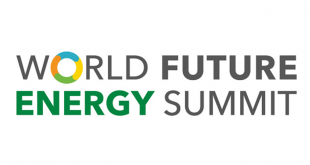